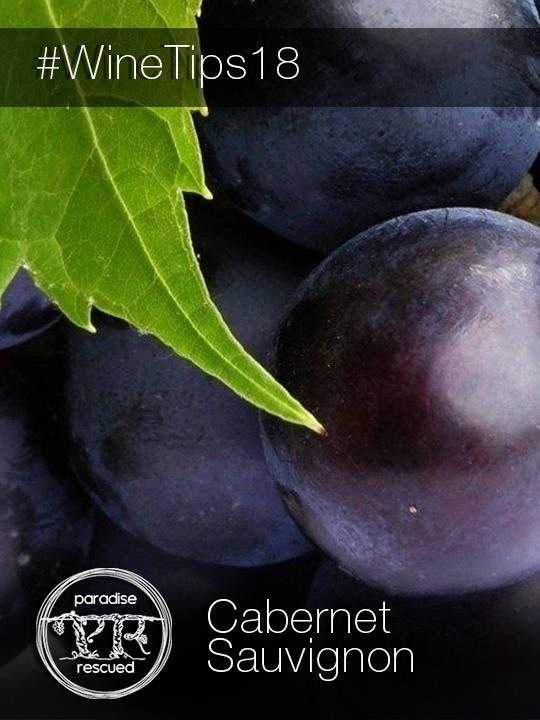 Cabernet Sauvignon is one of the world’s most famous, popular and extensively planted red wine varietal grapes, sometimes known as the “King of Red Wine Grapes”. Genetically descended from Cabernet Franc and Sauvignon Blanc vines, Cabernet Sauvignon spread from the famous Medoc vineyards of Bordeaux to new world regions such as the Napa Valley, California USA, the Coonawarra Australia and the Maipo Valley in Chile.

Cab Sav, as the grape is frequently abbreviated to, grows well in warm climates that benefit from long fine summers. This is critical as it is a late flowering vine variety – typically 2 weeks behind Merlot and the longer season is required in order to achieve full ripeness and optimum flavour. The grapes are relatively small with thick skins, which allows for a very deep colour extraction during winemaking as well as  lot of tannin, which lends itself well to softening and maturation in oak barrels. Cabernet Sauvignon blends well with other softer red grape varieties such as Merlot and Cabernet Franc to make the classic Bordeaux trilogy. Cabernet Sauvignon wines are usually full bodied with a distinctive rich strong nose and flavour. Cassis or blackcurrant tastes and fruit flavours are common. It pairs well with richer food dishes such as grilled meats with reduced strong sauces, although very spicy food works less well. Cheese and even dark chocolate are also good friends with this wine variety.

A Bordeaux Glass: well more than half full!