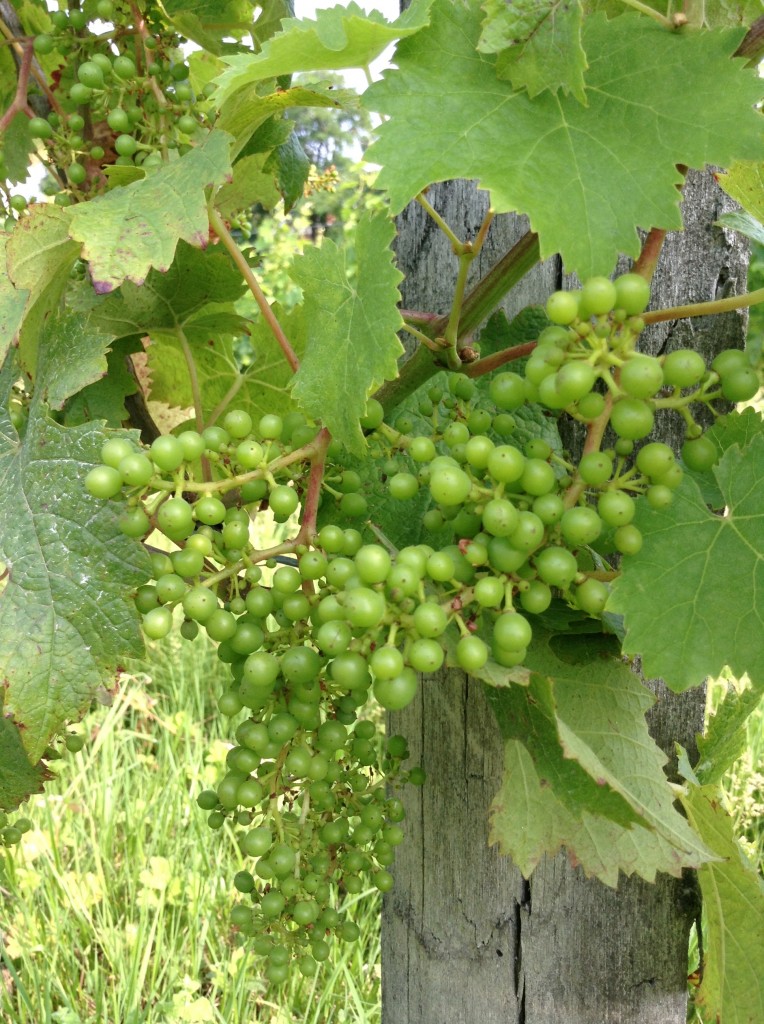 It has been a remarkable two plus weeks here in Cardan and I thought we would  take a couple or more blog posts to explain what’s happening in each if the vineyards. Miracles do  happen and vintage 2013 may be one I those occasions. So let’s first get into the vineyard… this week it’s the turn of Hourcat Sud, the home our beautiful Cloud 100% CabernetFranc.

Two days before touching down into Bordeaux, the South West of France had been virtually cut off following a 70mm daylong downpour on the Thursday. Despite its nice slope, Hourcat Sud was almost water logged. Where earlier tractor and light plough work had been undertaken earlier, streams of water descended through the vineyard. Not a great start…some of you may have seen our first “live from Bordeaux”? Vine progress was stunted due to the cold although flowering was underway. Access with machinery was impossible; even on foot was difficult. And then the hardwork began and one of nature’s miracles followed..
The rain stopped, the sun came out full on and two months of work was completed in two weeks: the shoots grew rapidly and had to be contained within the trellis wires to support the later fruit. Flowering completed itself slowly with only limited “coulure” or failure to set. There is a lot of fruit but setting / flowering has been drawn out resulting in very heterogeneous conditions. With our focus as always on quality not quantity, having lots of baby grape bunches now is a huge advantage as we will be able to select the best fruit that we need to harvest. 2013 will again be a vigneron’s vintage. Whilst many vigneron’s and growers are now going on holiday, this is now the time to get really started. And we will…
[/fusion_builder_column][fusion_builder_column type=”1_1″ background_position=”left top” background_color=”” border_size=”” border_color=”” border_style=”solid” spacing=”yes” background_image=”” background_repeat=”no-repeat” padding=”” margin_top=”0px” margin_bottom=”0px” class=”” id=”” animation_type=”” animation_speed=”0.3″ animation_direction=”left” hide_on_mobile=”no” center_content=”no” min_height=”none”] 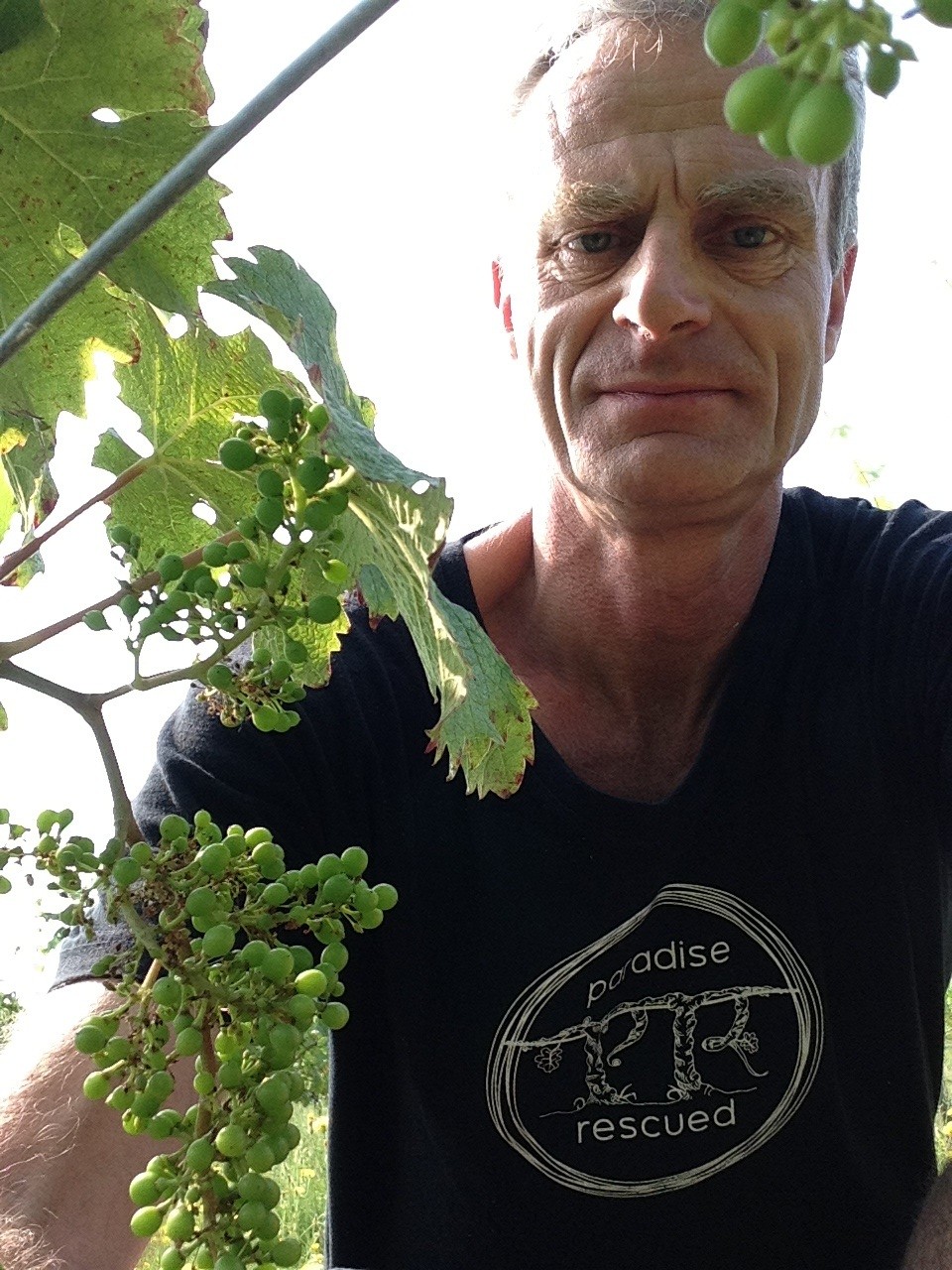 When adversity strikes, it is an opportunity not just to bounce back to what we did previously but to bounce forward and set a new benchmark. Although you won’t see it in the photos for a while yet, we have taken the decision to not only recover the vineyard from the mass of uncontrollable grass but to implement an advanced grass and under canopy soil management programme. With continued good weather, all soil under the vines will be tilled and freed of weeds ( no herbicides remember!) and every other row will retain a biodiversity grass zone in the middle. Watch out for the video in Hourcat Centre of how this will be achieved.