Ok, so Cabernet Franc is not a top 10 global wine grape varietal, but it is in the top 20 and rising. And it will rise further as the world slowly retreats from the “big red” very full bodied often over-ripe high alcohol tastes in favour of more expressive and subtle varietal red wines. And leading that charge up the leader board is beautiful Cabernet Franc.

At Paradise Rescued, although we thought we were purchasing a small block of Merlot as our first investment step, at the last minute the papers showed that it was in fact Cabernet Franc – the less well known of the big three Bordeaux red wine varietals. Our initial disappointment has rapidly been replaced by euphoria as we have come to know Cabernet Franc better and to see its potential as a full varietal wine both in Bordeaux but also in the wine consumer world market outside of France.

Why? Quite simply because Cabernet Franc is a beautiful princess of a wine with superb fine wine properties. We call them the 5 S’s! And here they are:-

Soft – CabFranc is not a blockbuster big red wine. More often that not, it is used to blend with heavier more full wines such as Cabernet Sauvignon or Merlot to add a softer more approachable touch.

Seductive – one of the great trademarks of CabFranc is its attractive seductive fragrance. In Bordeaux, when young, there is a blackcurrant aroma, which gives way to red cherries with maturity. In warmer climates, where good maturity is possible, the well known grassiness of CabFranc gives way to violets.

Smooth – another great plus of CabFranc is its smoothness and relatively low tannin concentration. This makes it a lovely wine for either drinking young or keeping for a later date.

Subtle – in a blended wine, its presence is one of helping to improve its less subtle partners. By itself as a full varietal, it will compliment but never dominate the meal it is accompanying. It has a good amount of acidity to partner with your food but no so much as to make you cringe. 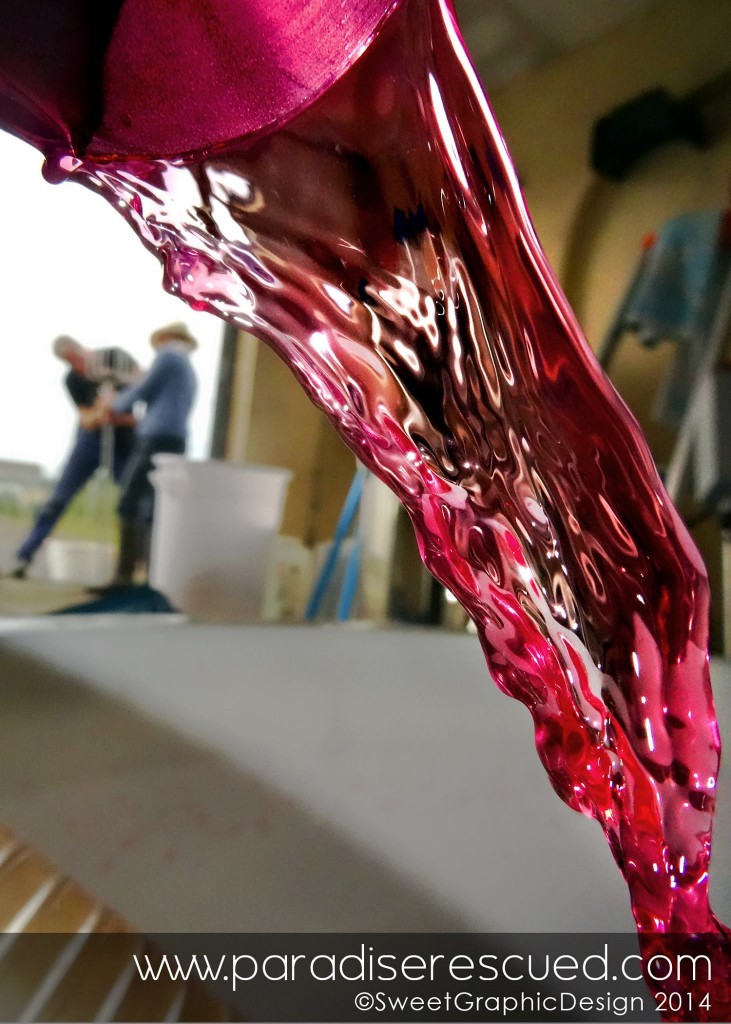 Beautiful colours of Cabernet Franc running off during the fermentation process

Spicy – the final characteristic of a nice CabFranc is the zing and spiciness of its length and finish. More than almost any other varietal, CabFranc can leave behind an extremely pleasant taste in the mouth. Whilst CabFranc is generally a great food wine for less rich dishes, its spicy aftertaste makes it a good partner with hotter foods.

Where Bordeaux once stood strong as a Cabernet Franc producer, Chile has taken over, leading the new wine world forward. In another 10+ years, will we be able to add a 6th S to our description – Sexy?

Maybe. I am not sure that we will ever see Cabernet Franc in the top five or ten varietals. But one thing is for sure: Cabernet Franc is on the up. And with five (or six) S’s to its name, why wouldn’t it?