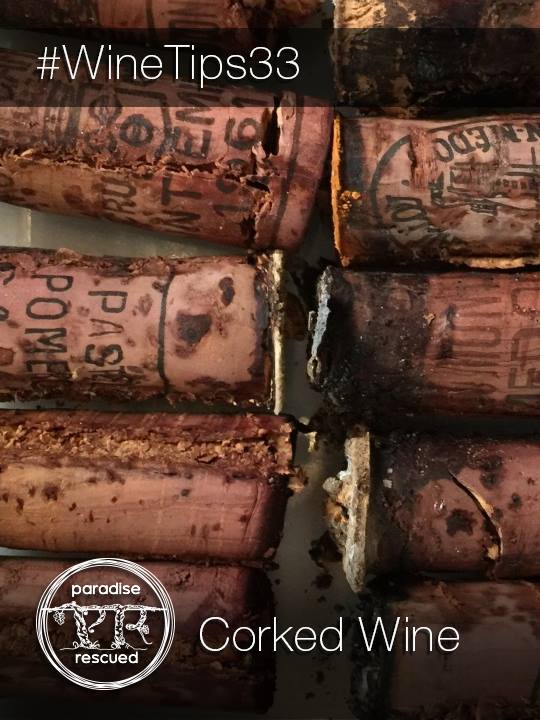 There are a number of flaws or faults that can make a wine unpleasant to drink. A “corked” wine is a fault that we hear talked about a lot but one which is experienced less and less frequently with the greater use of capsule closures and significantly improved cork closure technology.

What do we mean when we say a wine is “corked”? You don’t need to be a top sommelier to tell that a wine is corked. If the taint is reasonably strong, it will tell you and your fellow drinkers immediately. The natural wine aromas are significantly dulled and it has a smell of soggy mouldy cardboard / newspaper or even wet dog! Depending on the level of contamination, the wine becomes unpalatable although reportedly the ugly taste is not harmful to human health.

The “corked” taste is attributable to tiny quantities of a substance called TCA (2,4,6 trichloroanisole) found in the wine, which originate from contact with the cork itself. Research in the 1990’s found that TCA is created by the interaction of natural fungi in the raw cork material and chlorine based cleaning and bleaching products during the production of the corks. If a cork is infected, the taste will transfer to the wine, other corks in that production batch and, in very serious cases, to a whole winery.

The invention and commercialisation of capsule closures was in part a response to the previously significant issues of wine corking. Since understanding the causes of the taint, cork manufacturing procedures have been significantly changed and the use of chlorine based agents eliminated together with the sue of alternative equipment. High quality corks and new age so called “technical corks” are now widely used and the incidents of corked wine dramatically reduced.