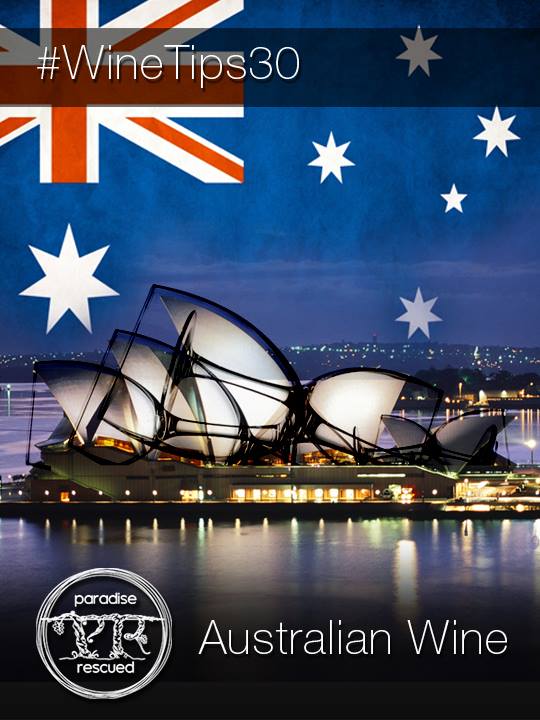 Australia is one of the world’s leading producers and exporters of wine.

The origins of the wine industry date back to 1788 when the first cuttings were imported into New South Wales from South Africa. Although initial plantings were not a success as growers struggled to adapt to the climate, by the 1870s Australian wines were winning accolades in European exhibitions and tastings, despite disbelief and complaint from “old World” producers.
The Australian wine industry also suffered hugely as the phylloxera disease decimated its vineyards at the start of the 20th century. And it took until the 1970s for the industry to recover significantly such that Australia could become a world leader in both quality and quantity.

Australia currently has up to 60 different wine producing regions predominantly in the cooler climate regions of South East Australia with further vineyards in the south western corner of Western Australia. There are an estimated 2,000 wineries working 160,000 hectares producing a crush total of more than 1.1 million tonnes in 2011, making Australia the seventh biggest producer in the world and the world’s fourth largest wine exporter.

Australia has no native grape varieties but today there are more than 130 varieties planted. The most famous grape is Shiraz (or Syrah as it called elsewhere) which has found a natural climate and home in Australia. Its success has led to the export of the Shiraz name to other parts of the world. Additional popular wine grapes include Cabernet Sauvignon, Merlot, Pinot Noir, Chardonnay, Sauvignon Blanc, Sémillon and Riesling.[/fusion_builder_column][/fusion_builder_row][/fusion_builder_container]