The Bordeaux Wine evidence is in. It’s Not About the Dirt! 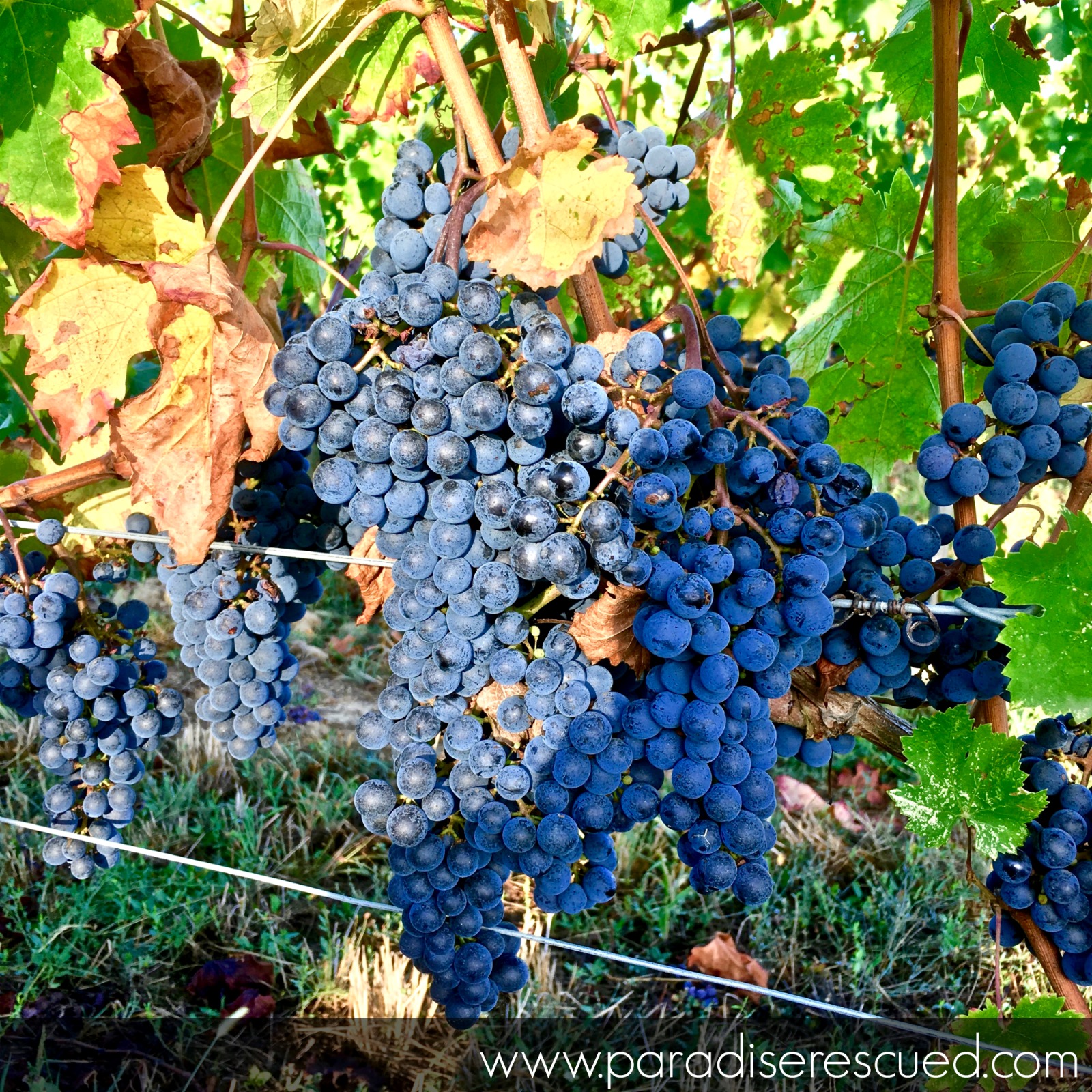 Separated by just a ten metre vineyard access-way on the top of the Hourcat plateau in Cardan Bordeaux two vineyards meet. Both grow side by side on the same soil in the same microclimate with the same geography. Essentially, they have exactly the same so called Bordeaux ‘terroir’ – as conventionally defined by geology, geography and microclimate.

There is no difference between them. Both vineyards are planted with Merlot grapes – one block is six years old, the other just four. Just ten metres separates them.

Conventional terroir theory says that the fruit from the two blocks should taste pretty well the same? Right? Just by a random taste test of one grape berry alone from each vineyard is enough to confirm that the terroir theory alone is not accurate. The ‘two grape’ taste test shows a world of difference. These two vineyards, even when allowing for hand harvesting of one and machine collection on the other, will produce completely different quality Bordeaux wines.

In my second book “It’s Not About the Dirt”, I put forward the concept that there is a fourth dimension to terroir that better explains why some vineyards produce better wines and why the traditional three dimensional ‘terroir’ thesis needs to be expanded. It also removes a glass ceiling that limits wine quality just to its’ location of origin. It includes for the first time that possibility that the accumulation of knowledge, competence and human skill are central factors in making great wine. 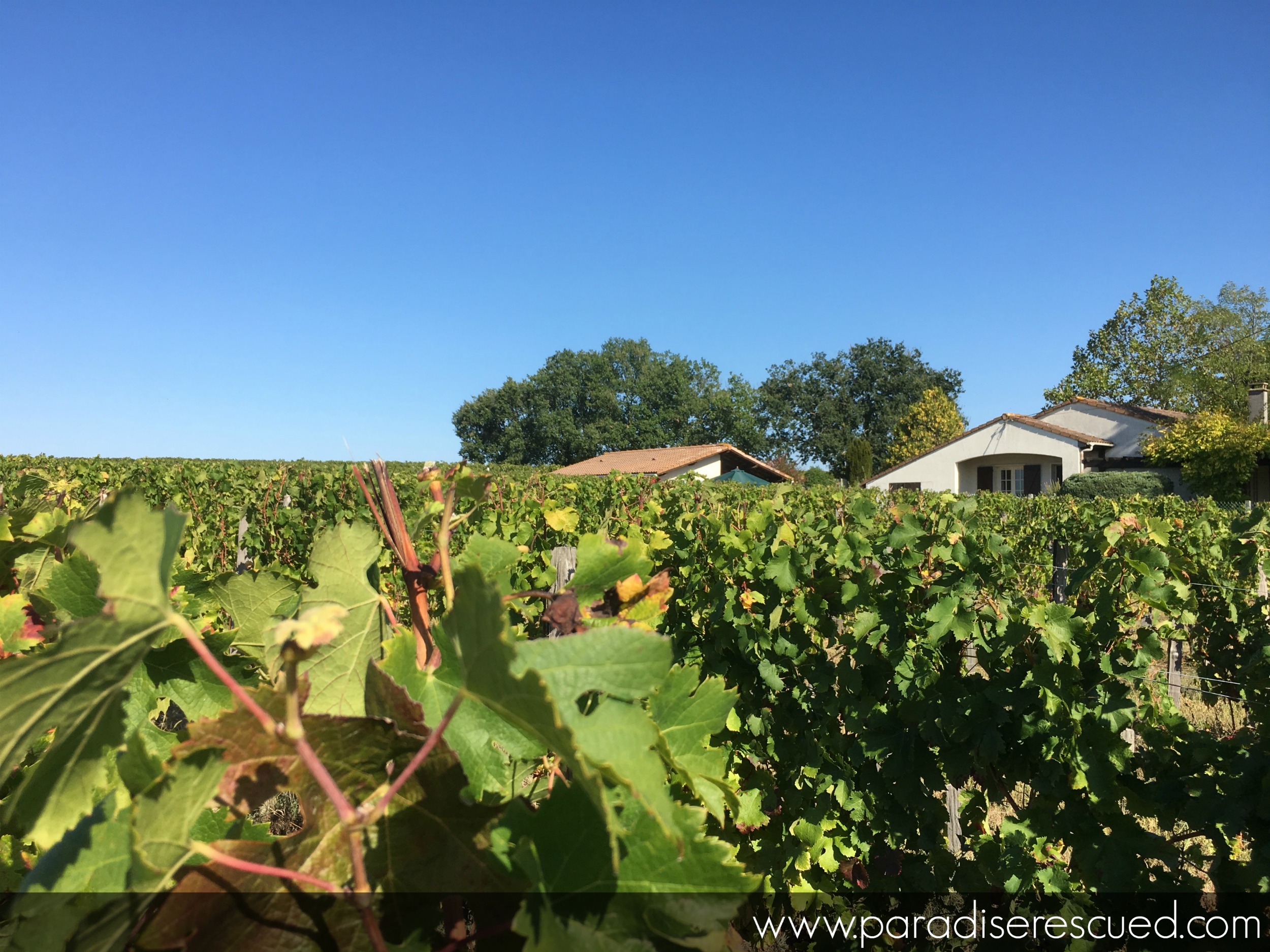 Looking east across the top of the young merlot block to the Paradise Rescued winery.

For sure, the location is also important. Even with the best vineyard operations team in the world, it is significantly unlikely that great fruit and wine will be produced on a north facing gravel rich slope bordering on the Arctic Circle that is frozen for six months of the year. However the current three dimensional definition of terroir effectively tries to deselect a location on the basis of historical success rather future potential.

Vines grow exceptionally well in many soils and different locations. The wines produced vary in taste and quality. Hooray for that. It has been shown on many an occasion that poorer soils produce better wines as they force the plant to work harder and maximise its potential from that location.

So what makes the difference? As always, people and their accumulated knowledge make the difference. In a vineyard, that accumulated knowledge shows up in the health of the soil and the vines that grow on it. On that Cardan Bordeaux plateau, just a quick look at the vines and soil alone on those two adjoining blocks will demonstrate to even a non vigneron which is the healthier vineyard and where the best fruit will be found. And you don’t need a double degree in Viticulture and Oenology to see the difference.

Classic exalted micro wine regions such as St. Emilion have become great – and will most likely remain so – not just because they have a great location but also because they have developed great soil and human knowledge to sustain their excellence. 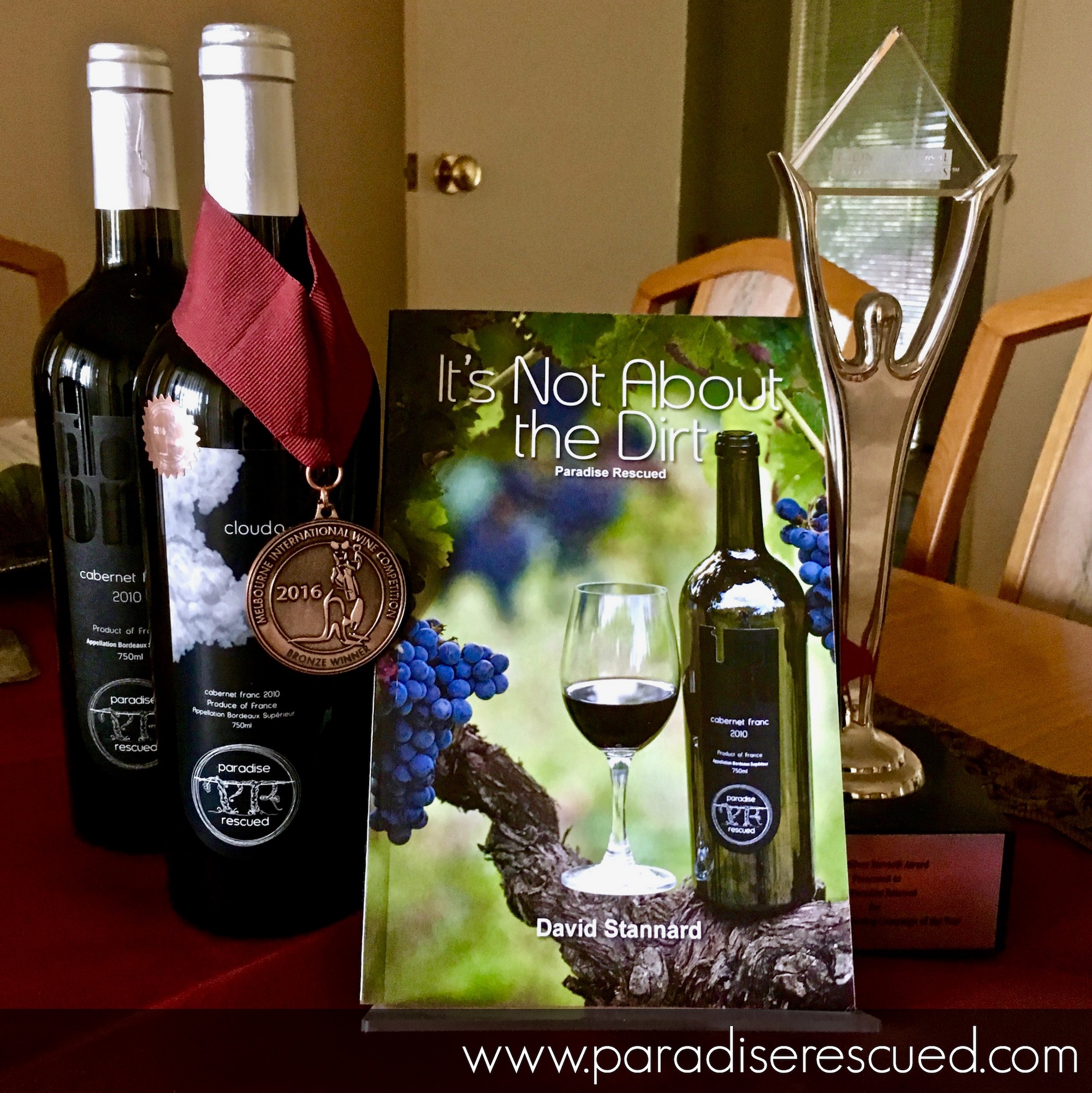 “It’s Not About the Dirt” by David Stannard alongside the medal winning Paradise Rescued wines and Stevie International Business Award.

As the late great former head of Chateau Margaux, Paul Pontallier, once said in interview with The Wine Spectator: “The terroir is not just the site. It is also the collective intelligence of those people who worked on that site”.

There is more to a great vineyard than simply selecting the right soil and letting nature do the rest. It’s Not Just About the Dirt. People make a difference too.

The author is this article is David Stannard, Founder Director of Paradise Rescued and successful author of “From Cabbage Patch to Cabernet Franc” and “It’s Not About the Dirt”.

Paradise Rescued is niche microwinery based in the village of Cardan Bordeaux France. Their vineyards are certified organic and the wines are hand produced with maximum care given over to the health of their vineyard. The Paradise Rescued Bordeaux Merlot will soon be released as a Merlot Cabernet Franc blend called BlockTwo.