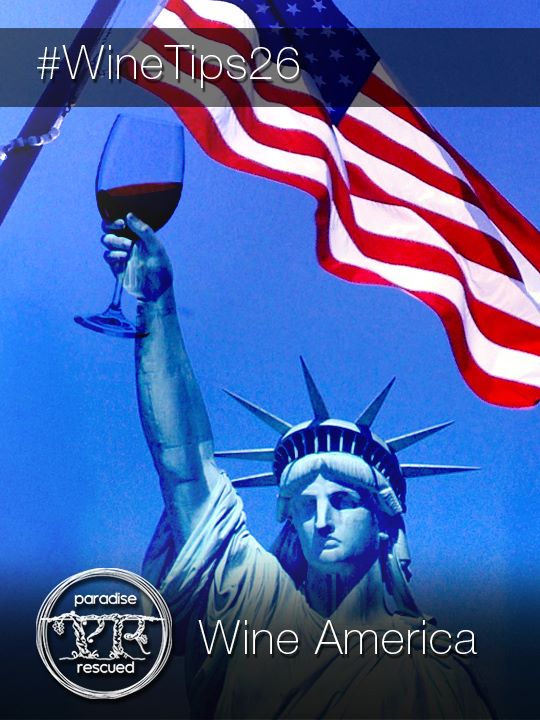 This week’s #WineTips has been kindly writen by a local expert – New York wine expert and marketer Monika Elling, aka Winepro911: Wine America – bring on the Baco Noir?

As the #1 wine market in the world, the U.S. is at the forefront of the global wine buzz.  However, for the moment, let’s refocus the conversation on the foundations, shall we?  Here is a simplistic look at the evolution of Wine America, which is slowly turning into the American Wine Revolution.

The acknowledged father of the California (therefore American) wine industry was Hungarian “Count” Agoston Haraszty, who brought over hundreds of Vitis Vinifera rootstocks from Europe. American rootstocks, specifically Vitis riparia, Vitis berlandieri and Vitis rupestris were exported abroad, and saved the day with resistance to the phylloxera plague that devastated wine growing regions of Europe.

It was something of a “come from behind” move from the new kid on the block.

As the years of early American wine production went on and immigrants from wine producing European nations arrived en masse, wine had only an occasional background role at the dinner table. Prohibition arrived and tried to squash the budding American wine sector, yet somehow the industry was resilient.

Fast-forward to today, and we are faced with a potential powerhouse of production in the astonishing fact that all 50 states (including Alaska) have wineries. With nearly 90% of the overall U.S. wine production, California is still by far the epicenter of the American wine industry.  However, for the rest, there is so much capability ahead when we consider some interesting factors.

Think of it this way.  Many states in the U.S. are larger or more densely populated than top wine producing countries of the world.  That speaks of hidden potential as local wineries have started to experiment with climate appropriate vineyard management.  Did you know Texas boasts of 21 planted varietals in the state?

Washington and Oregon are thriving with tremendous growth as West Coast competition heats up.  To be followed by New York State with the cool climate Finger Lakes, Hudson Valley and Long Island Wine Country regions.  Can’t forget Virginia; lots of wineries taking production upwards these days. Many of these regions also come with wines produced from lesser-known American varietals like Concord, or hybrids such as Baco Noir.

At minimum, most wineries derive a healthy income from the tourism side of the business, and on-site sales. And this is just a very early look at what is to come.  Keep in mind that if California were to be considered a stand-alone country, it would be the world’s fourth largest wine producer.  A sign of things to come.

The implications for the rest of the world are clear. American wine production is still in its infancy, so be prepared. America never does anything on a small scale!